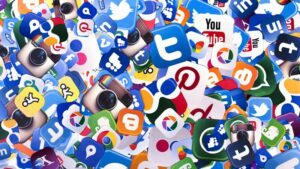 Almost half of Brits (40%) ‘actively ignore’ social posts or ads from brands, according to a new study by Kantar TNS, which polled 70,000 global consumers, of which 3,200 were British.

On a global basis, just over a quarter (26%) of consumers choose to ignore branded content, while 34% feel ‘constantly followed’ by online advertising.

Scepticism for social media ads is at its highest in both Sweden and Denmark, with 57% of each country’s consumers bypassing branded content altogether.

However, there could be more hope for marketers in Asia and South America, with the least sceptical consumers in both Saudi Arabia (15%) and Brazil (19%). China and South Africa sit closer to the global average, with 24% and 26% of respondents expressing cynicism, respectively.

“Some brands are getting it spot on – in the past year we’ve seen the likes of Disney, Starbucks and McDonald’s use Snapchat’s filters to engage consumers in a way that doesn’t feel intrusive,” says Michael Nicholas, global director at Kantar TNS.

“This is key to overcoming many people’s fundamental negative perceptions of brand activity online.”

The cynicism towards brand advertising on social media comes amid massive growth spikes for Instagram and Snapchat.

Despite both investing heavily in their ad platforms over recent years, almost one quarter (23%) of internet-users are now on Snapchat, a huge jump from just 12% two years ago. Instagram, meanwhile, has also seen a surge in popularity, with global usage jumping to 42%, up from 24% in 2014.

And it isn’t just younger people using these platforms either. According to the Kantar TNS study, one in five internet users aged 55 to 65 now use Instagram, a 47% jump since this time last year. And 9% of the survey’s respondents aged between 55 and 65 are now on Snapchat, a rate up from 3% in 2015.