Can an in-house content division boss a network of natives? 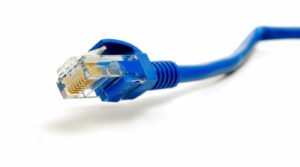 The company has previously experimented with content offerings such as All Things Hair and their more recent tie-up with Vice, Broadly, but nothing as bold and as close to the 100VE mothership.

You can see what it was thinking. Traditional media like TV and print is haemorrhaging younger audiences. Meanwhile in digital channels the game is getting harder and harder to play with consumer resistance on the rise in the form of ad-blocking as well as an ever proliferating suite of media channels, all with their own peculiarities and issues. Not to mention a lack of transparency where the game-keeper and the poacher often the same person.

So, stop being disintermediated, become a content producer, find an audience, own the world. Simple.

Trouble is, “in-house” is a dangerous phrase/idea whether you’re a client or an agency. Content is, by its very nature an audience-centric form, you have to be part the culture that you are trying to contribute to.
Bron en volledig artikel: Campaign