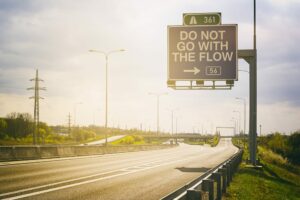 Social norms messaging is an effective tool to change behaviour, but new research in this area suggests that a focus on already changing behaviours can be even more powerful.

Writing for WARC, in the second of a two-part article on social norms (see also this story Make social norms messaging more powerful), Crawford Hollingworth and Liz Barker of The Behavioural Architects, explore how this field is moving beyond ‘static norms’ to ‘dynamic norms’.

If the former is what the majority of people already do, the latter looks instead at what behaviours are changing and how messages might be framed around that.

In a topical example, US researchers attempted to get people to eat less meat by showing two groups two different statements.