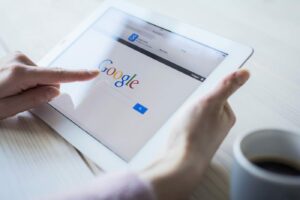 When it comes to digital marketing, the name Elizabeth Warren might not be the first one that springs to mind. The US senator is one of the dozen or so Democrats running for President in 2020. Last weekend Warren announced via a post on Medium that, once elected, she would break up the three big tech companies: Amazon, Facebook and Alphabet, the parent company of Google.

Specifically, Warren would designate any company generating more than $25bn in global revenue and offering an online marketplace, exchange or platform as a “platform utility”. These companies would then be prohibited from owning both the platform and any business operating on that platform. Google, for example, could continue to run its search engine but would be required to spin off its ad exchange. Facebook could no longer sell Facebook ads.

“Today’s big tech companies have too much power – too much power over our economy, our society, and our democracy,” the Senator announced on Saturday. “They’ve bulldozed competition, used our private information for profit and tilted the playing field against everyone else.”