Mark Ritson: Is content marketing a load of bollocks? 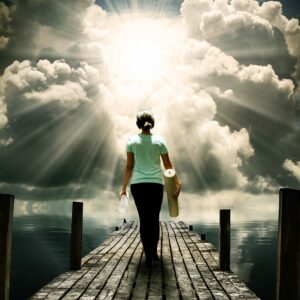 The emergence of content marketing as a separate discipline has distracted marketers from their real job of communicating with customers and selling stuff.

When I was about 12 I had a very good friend who lived a few doors down called Richard. One day he came up to me after school and very excitedly announced that he had a secret to tell me. After much stage whispering and dramatic pauses he told me about a tramp living out on the outskirts of our village who he had got to know and who was relying on him to bring him food. If I wanted, I could supply some of the food and come out with him the next evening to meet “Stig”.

Very excited and unconcerned about the slightly dodgy ramifications of meeting a dirty old man in a cave (it was 1982 after all) I stole some Wagon Wheels and half a loaf of bread and cycled furiously to Richard’s to set off on our quest. On the 30-minute ride he regaled me with tales of Stig and various escapades.

When we finally got to “Stig’s cave” it went pear-shaped immediately. There was no sign of Stig and even a 12-year-old could quickly deduce that no one had ever spent any time in the small exposed cave in question. I turned to Richard who shrugged his shoulders and admitted he’d made the whole thing up to do something “exciting”. All the way home on my bike I said not one word to him. I was mad with Richard but, worse, I just felt like a total and utter plonker for believing any of it in the first place.

That cold, empty feeling I had on my Chopper in 1982 cycling down School Brow is exactly how I feel about content marketing. I know there is an institute, lots of online guides on best practice and even grown-ups who do this for a living but I just can’t quite see the need for it.