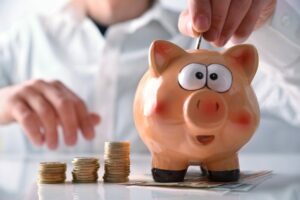 Brands increased their marketing budgets at the slowest rate for almost three years in the third quarter as uncertainty over the UK’s future trading relationship with the European Union allied with concern over economic slowdown caused cautious companies to put spending under greater scrutiny, according to the latest Bellwether report from the IPA and IHS Markit.

Although a majority of marketers in the survey of 300 senior marketing professionals reported an upward revision in budgets in the three months to the end of September, the net balance (2.5%) was a marked slowdown on the 6.5% reported in the second quarter and the lowest return since the final quarter of 2015.

Despite a fifth of respondents fuelling new product launches and protecting share with increased spend, the vast majority either froze or cut spend. Higher input costs due to higher wage bills and business rates for many have put pressure on margins and the brakes on what is often seen as discretionary spending. However, the impasse in trade negotiations between the Government and the EU and increasing concern over a “no deal Brexit” and its impact on the economy was cited by many as stifling spend with the amount spent on advertising in particular under greater scrutiny.