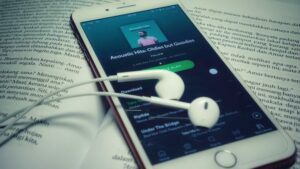 Today Spotify will embark on one of the most hotly anticipated initial public offerings (IPOs) since Twitter went public in 2013 and Snapchat started selling shares back in 2017.

The Swedish streaming service has taken an unconventional approach, opting for a direct listing which circumvents the cost of an IPO by simply enabling existing shares to be traded on the New York Stock Exchange.

The chance to buy shares in Spotify is likely to prove extremely popular with investors. Globally the streaming service has amassed 71 million premium subscribers, up 46% year on year, and 157 million active users, an increase of 28% since 2016.

The average customer spends 25 hours a month streaming music on Spotify. Spanning 65 markets, Spotify’s audience has, to date, created two billion playlists from a library of more than 35 million songs.