Educatie
Netwerk
Nieuws
Nieuws > The era of price promotions is over

The era of price promotions is over 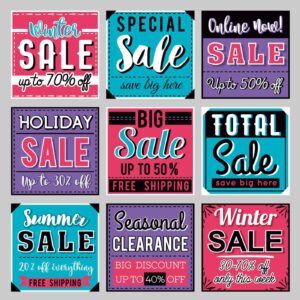 One of the biggest and strangest reversals in recent marketing history is taking place, unnoticed by most, in the supermarket aisles of the UK. In these fantastical days of Trump, Brexit and ad fraud, this statement might strike you as somewhat odd. But trust me, what’s going on with price promotions right now is worthy of your significant attention. Well at least a column’s worth.

For the past decade, British supermarkets have been engaged in a spectacular amount of promotional activity. The two great barometers of grocery buying, Nielsen’s Homescan and IRI’s Infoscan, disagree on the proportion of supermarket purchases that are made while the product is being offered on some form of promotional offer. Nielsen estimated that over the last 10 years the figure rose to around a third of all purchases while IRI had the number reaching around half of all supermarket sales. But both firms agree that this figure has risen consistently throughout the 21st century in the UK and that British consumers buy far more promotional items than any of their European cousins.