TripAdvisor’s CMO on its transformation into a booking site 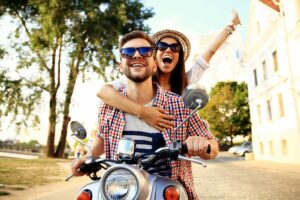 TripAdvisor’s CMO, Barbara Messing, talks to Marketing Week about how the brand is well known but not known well, and how the company’s latest campaign looks to change that.

TripAdvisor is returning to the UK with a new TV campaign aimed at making sure its customers know it is more than just a review site. The new ad, which airs from today (20 June) sees TripAdvisor use its owl logo as a spokesperson to explain how the company can be used to search, compare and find the lowest price on hotels.

Though the company has had this functionality for a while, it says many people are still not aware of it and use the site merely for reviews. The owl uses the tagline ‘trust this bird’s words’ in the ad to reassure customers of the feature.

Ahead of its latest move Marketing Week caught up with Barbara Messing, TripAdvisor’s CMO, to look at the brand’s transition, its latest campaign and changes to its marketing department.