why it pays to spend big on marketing 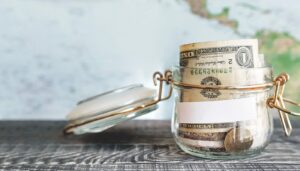 Having launched and sold several successful brands including Powwownow, Andrew Pearce is turning his sights to the online greetings card market with new brand Thortful.

Andrew Pearce is proud to put his money where his mouth is. A serial entrepreneur who has founded four companies, including conference call brand Powwownow, he has seen the value time and again of allocating significant funds to marketing. This remains the case with his latest venture, online greetings card company Thortful, which is launching its first TV advert on Sunday (5th March).

“When you’re starting up you have very little money, but with Powwownow we took every penny we had and threw it into marketing and then continued to spend 17-19% of our turnover on marketing every year,” he says. “Given that we [grew to] £16m turnover, that’s a large amount of money. I expect Thortful will be a similar approach.”